Here is my story with Minie, briefly. We all had our own, of course.

Minie meant so much to me, that it is hard to put everything into words. She meant a lot to many many people. She was excited to tell people, who visited her, or were taking care of her, about all the friends she had around the world. She was showing pictures and the mail she received, with a beam of a smile. She met most of us online, especially in Second Life (a virtual world, where you have an avatar and can look as you like, but mainly play as your own personality and have no written story to follow).

I started to spend more and more time with Minie, when we both were really into a game called Cheezy. Our humor was similar, and we saw somethin in each other. We talked a lot about everything in life. In the beginning we did a lot of work to know each other better and to understand, what we needed. We both had work to do on ourselves, and we did a lot of that work together. We became closer and closer, and with that, both of us were happier. It was a meeting of social and talkative souls, who had been feeling lonely and defensive a bit in their lives, and needed someone to understand and accept us. She made me better and let me do things to help her, such as pass on messages or type for her, when her hands were hurting. She knew instinctively, when to tell me to take things easy, or when to cheer me up with a joke. Our Skype calls, and Messenger discussions, in addition to Second Life, meant the world to us both. We often laughed at the silliest jokes, and got each other through hard times.

But this page is not about me. It is about Minie. Who was full of love for everyone she called a friend. To whom having friends and doing so many things with them meant more than she could express. She told me time and time again, that the moments she got with everyone were special to her.

She had a few friends, who were able to visit her at the nursing home, where she lived, and the hospitals she was taken to. She was friends with teachers and other staff, who had been working in the schools she went to, and in some of the care facilities over the years. She was funny, quirky, loving and loyal, so no wonder she made lifelong friends.

It was obvious that being sick and disabled affected her life enormously. She had a more aggressive form of Spina Bifida, so doctors worried early on, that she would not make it past toddler age. But she overcame obstacles, which were nothing short of a miracle. I called her my miracle baby, lovingly. Complications from Spina Bifida, and a surgery, combined with a major infection, ended up causing her life at the age of 42. She surpassed all expectations, which I would like all her friends to remember, as she reminded me of it, herself. She left us too soon, but also she had fought through forty extra years that were never promised to her.

Minie died 20th of October, 2022. It was during National Spina Bifida Month in the USA. You can help Spina Bifida Association all year, of course. She loved that charity and we had been having annual special events for them in Second Life for some while. We did not collect money, but we shared their links and how to donate to them. Read more about Spina Bifida on the Association’s website. 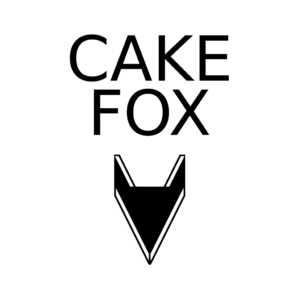